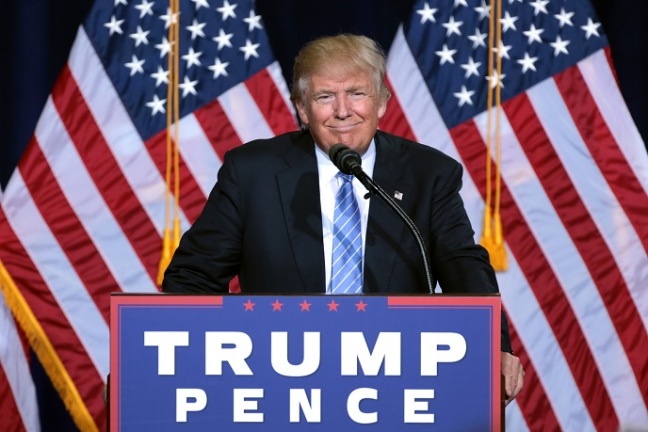 The results of the recent presidential election in the USA surprised many, including me–very few people expected Trump to be elected. I have three main thoughts on this election.

On my most recent post on Brexit, I discussed a recent epiphany that I had, that, when widespread inequality exists in society, the people on the bottom recognize that they’re being screwed and try to change things. One would think that a logical consequence of that realization is that they would vote for left-wing politicians, those who promise to reduce the inequality.

However, my epiphany then was that people don’t always leap to the left, but rather just vote for change. This provides the opportunity for a populist, fascist regime to gain power. Fascist regimes are typically described as authoritarian, nationalistic and intolerant.

If you look at Trump, he’s certain waves the national flag constantly (“Make Americal Great Again!”). He is authoritarian (“Trust me, nobody can save me but you”, generally says he’ll achieve a bunch of things without saying how, and wants to throw his political opponent in prison). He is intolerant (“a nasty woman”, “Mexican rapists”, wanting to boot the illegal immigrants). Trump certainly fits the description of a fascist.

Thus, this is another data point supporting my epiphany. When people want change, they don’t always care who brings in that change, or whether it comes from the right or left.

The Narrative Is Mostly Garbage

After this election, people are making sweeping generalizations about what this means for the country, the Democratic Party, the Republican Party, what voters want… basically everything. Essentially everyone in the media is forming a narrative. They want this election to mean something big, to mean that an election strategy or candidate was totally wrong, or totally right, and that this changes everything.

The thing is, if one Trump voter in a hundred actually was a Clinton voter in three states, then Clinton would have won the election. Then there would have been a different narrative about how America had said “No” to everything Trump stands for, and that because of demographics, the Democratic Party would rule until the Republican Party reinvents itself.

Thus, most of these narratives are bunk–you can’t truthfully make any big generalizations when the election is decided by a few tens of thousands of people. But people will anyway.

So, when reading these broad narratives, it’s useful to think—if one person in one hundred had changed their mind, then the narrative would’ve been the exact opposite. And then weight your opinion of the narrative accordingly.

All that said, I’ll give you my narrative. And that’s that the scariest thing Trump is doing is changing the culture. He’s making racism and sexism acceptable. You can already see it.

Sean King’s twitter feed shared some of the instances of racism in the days immediately following Trump’s election. Muslim women being berated and getting their hijabs torn off. A black woman being told, “Pretty soon, it’ll be legal again to own you.” A school teacher telling Latino students that their parents will be deported. Nazi graffiti on walls and in restrooms.

Trump has suddenly made it okay to be racist, to announce it loudly to the world, and act on those beliefs. I think that changes the culture.

To me, the scariest incidents are the ones that happen in the schools. When you’re young, you do stupid things sometimes, and because of Trump, those stupid things are more likely to be racist and sexist. Trump’s put a target on minorities, and some school kids will go there.

Later, when those kids would normally grow out of that stupidity, they might experience cognitive dissonance looking back at they see the things they did (like, “how can I be a good person if I did these bad things to minorities”). And for many of them, the way to resolve that cognitive dissonance will be to become a racist, because to the racist way of thinking, the minorities deserved it.

So, I’m fearful that, for the next four years, Donald Trump will be teaching a whole new generation to become racist.

All that said, the election of Trump will make our lives more interesting. Clinton was the status quo candidate, and Trump was the “change everything” candidate. We will certainly live in interesting times.