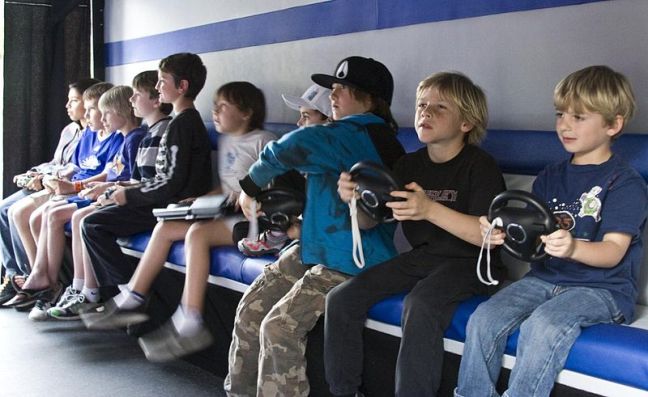 I have two children, seven and eleven, and the eleven-year-old is transitioning from focusing from console and single player games to broader, internet-based games that often have a social component. As a parent, I view this transition as both a risk and an opportunity.

Here there be dragons

The key challenges with children gaming on the Internet are exposure to adult-oriented content, disclosure of personal information, and inappropriate social interactions.

The disclosure of personal information is a relatively small issue in gaming compared to other Internet activities such as social networking (e.g. Facebook and Twitter).  However, it is still desirable that children do not reveal significant personal information within social games.

Inappropriate social interactions happen in many social settings online, but particularly in gaming. The challenge is two-fold. First, people are often more aggressive and rude online, willing to say things that they would never say to a person’s face. Second, tone is difficult to convey in non-verbal online communications, so it is easy to misunderstand what someone’s saying or inadvertently hurt someone by with a rude comment. The competitiveness and emotions related to gaming can magnify this issue.

Social gaming as an opportunity

Despite these problems, I view social gaming as more of an opportunity than a risk. It’s inevitable that, at some point in their lives, our kids will spend a significant amount of their time interacting with people online. They will chat, exchange pictures, email, post on message boards, create social media profiles, and do video conferencing. Thus, there is a huge amount of value in learning online social skills in a safe environment, before they are expected to interact online like adults.

In this respect, social gaming is an opportunity by providing a sandbox for learning these Internet skills. Many of the broader issues with socializing over Internet can be examined and discussed in less risky and more limited way through social gaming.

Similarly, online games tend to be transitory. The child will likely encounter inappropriate social interactions and they will likely be hurt by the things that other people say.  And, there’s a good chance that they will accidentally or deliberately say something hurtful to someone else. Both cases are a learning experience and an opportunity to talk about what is inappropriate to do online. What’s more, unlike much of the Internet, the mechanics of the games themselves will often have a method of dealing with inappropriate social interactions.

So in many respects, I view online gaming as the social Internet on training wheels. Inevitably, your child will have issues, but social games can be a good way to learn safe social Internet guidelines. In my next blog, I’ll discuss how we have dealt with some of the social issues that have arisen in Clash of Clans.

One thought on “Social Gaming for Pre-Teens”