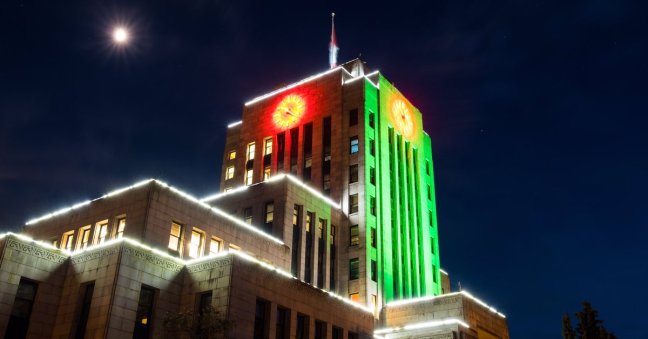 I’m Canadian, but American politics—and in particular the rise of President Trump—is starting to have a big impact on my life. I look to the south, and I see tribal, ideological, and money-driven politics leading to horrific outcomes. Take illegal immigration.

America today
When illegal immigrants are caught, the government separates families, deporting the parents and putting the kids into adoptive families, all without maintaining records to reunite children with birth parents.

This is the most evil thing I’ve seen a western country do this century—ripping screaming kids from their parents’ arms, getting rid of the parents, keeping the kids, ensuring that families will never be reunited again.

In the last two years, the Republicans have done a lot of evil, but this one resonates with me. It’s physically painful.

The reason this can happen—that the American people are allowing it to happen—is because of tribalism, ideology, and money. It’s reached a point in the USA where not only is nuance gone, but all forms of individual judgment and intellectual honesty. It doesn’t matter what the issue is. If your party supports it, so do you.

I believe at this point the Republicans could be shoveling people in ovens, and still maintain the support of 40% of the population. They’re keeping kids in cages.

My response
How the heck is an individual supposed to respond when this is accepted in the free world today? My answer is to look for the polar opposite.

The real problem is the blind adherence to ideology and party. So to me, the polar opposite is reason.

The criteria for deciding what should be capitalist and what should be socialist shouldn’t be driven by ideology or money, but rather by what works. I want my politicians to be grounded in reason, sustainability, ethics, and consensus-building, not blind adherence to right- or left-wing ideology.

My bottom line
The only party I see in Canada that crosses that hurdle (which really shouldn’t be that high a hurdle, but somehow seems to be), is the Green Party.

So, in the last municipal election, I volunteered for the Vancouver Green Party, maintaining their technology systems. And on Saturday, I was elected to the Board of Directors of the party. I’m hoping to further improve the Vancouver Green Party’s technology and help ensure that the party doesn’t get tied down in the weeds, but rather continues to focus on evidence-based reasoning.

It’s my response to Trump. If you feel similarly, I’d love to have you join us.

3 thoughts on “My Response to Trump”