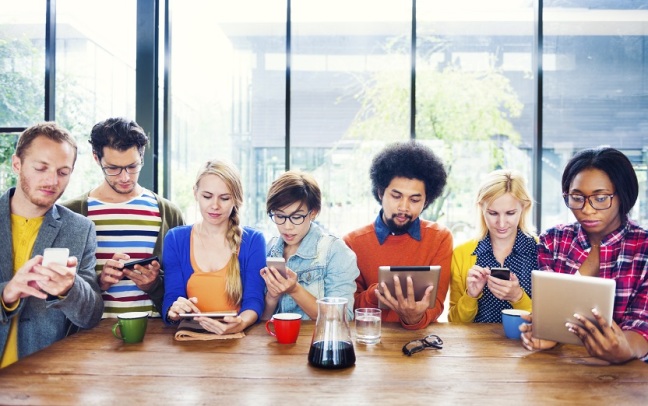 The most common word I hear being used to describe the Millennials is “entitled”. This view, almost always put forward by Baby Boomers, has become so mainstream that Millennials’ narcissism even became a cover story in Time.  The narrative seems to revolve around the ideas that a) Millennials use technology—and particularly social media—a lot (and that’s allegedly a narcissistic activity) b) Millennials are ambitious—they want to do interesting jobs and get promoted, and c) Millennials aren’t working hard (like we used to).

To me, these criticisms don’t actually seem much like criticisms. Rather, to me, it feels like the Baby Boomers are trying to make themselves feel better about their own weaknesses. Boomers as a whole don’t understand or enjoy technology and social media, so, to feel good about themselves, they have to criticize those that do. Boomers made the decision to work their lives away in boring jobs, so, to validate that decision, they need to criticize those who desire a different path.

I (a Gen Xer) think the Millennials aren’t particularly entitled, and actually deserve far more credit than the older generations have given them.

The Baby Boomers who are accusing the Millennials of being entitled grew up during what’s called the “long boom”, the post-World War II economic expansion. When Trump says, “Make America Great Again”, he actually means “make America grow the way it did in the 1960s”.

Why? Because the economy was exploding. Because growing up then was so easy.

UPenn is just one school, but in general, education costs have increased at a far greater rate than both inflation and incomes. What’s more, while the average American student today graduates with debt over $30,000, federally-administered student loans were only legislated into existence in 1965.

So the baby boomers grew up in a time where education was cheap and student debt rare. When they graduated, they had few problems finding a job in the booming economy.

In contrast, Millennials are going deeply into debt to fund their education with no guarantee of a job when they graduate. The job market has been terrible for much of their adult life. In 2013, when the Time article was written, the average unemployment rate was 7.4%, while the youth unemployment rate was closer to 15%. Plenty of Millennials are taking on huge amounts of debt going to college, but often discover when they graduate that the only job they can find involves pouring coffee.

Now, someone does need to pour coffee. But pouring coffee isn’t a great way to pay off tens of thousands of dollars of student loans.

A similar thing has happened with housing. I don’t have housing data for 1960s, but it’s certainly true that the American dream was to own a detached house. And, in large, that dream seems to have been realized.

The Millennials, on the other hand, don’t get the house. In 1984, houses in Toronto cost about 1.6 times the annual income. In 2012, the multiple was up to six, and today in Vancouver, the multiple is above ten.

In fact, in Vancouver, a Millennial is hard-pressed even to rent. The median income is around $80K or about $61K after tax, while the median annual rent on a 2-bedroom apartment is about $38,400, or about 63% of after-tax income. Of course, Millennials, just starting their career, will typically be nowhere near the median income.

So, the Baby Boomer got their cheap education, their good job out of school, and a nice detached house at a cheap price. The Millennial, on the other hand, ends up with tens of thousands of dollars of student loans and has to struggle to rent a terrible apartment while working as a barista.

And the Boomers call the Millennials entitled because they want more than that.

Thus, the question I have isn’t why the Millennials are entitled, but rather why they’re not more bitter. They’ve really been screwed by the Boomers.

The Boomers felt entitled to tax cuts. To get those tax cuts, they drastically cut and privatized funding for education, leading to Millennials’ huge student debts.

The Boomers took on piles of debt to speculate on housing. Then, when those speculations caused a housing crash, it trashed the economy, making it far more difficult for Millennials to get jobs.

To ensure that Boomers kept their jobs despite destroying the economy, they kept interest rates super-low for a decade, causing a housing bubble that’s made it impossible for Millennials to afford a place to live.

Now, education funding, employment rates, and housing prices are complex issues. But, to my way of seeing things, the Boomers are more responsible than anyone for the horrible situation that the Millennials have inherited. I’m ashamed of them when they turn around and call the Millennials entitled.

But then again, maybe they are, but you just don’t hear about it. Because most of the media is owned by Baby Boomers.

3 thoughts on “The Most Entitled Generation”