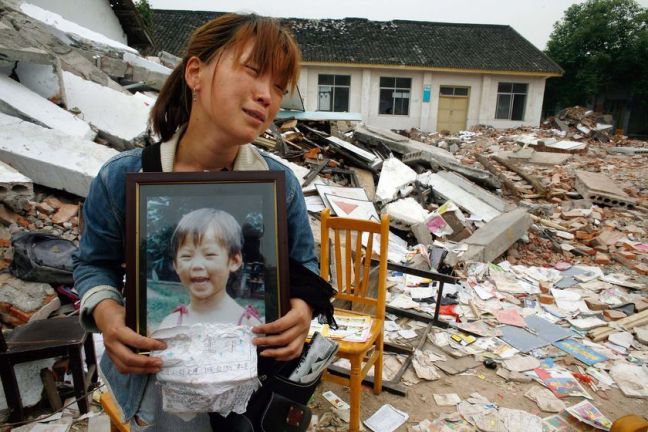 They wore suits, but they weren’t gentlemen. They pushed through the door the instant he answered. He tried to hold them back, but was shoved aside. He fell against the wall, hard.

“You didn’t pay,” the one with the sunglasses said. He stared down at the man on the floor. “Where are they?”

“Mindy, run!” the man shouted. He struggled to his feet, blocking the stairway up. Blood dripped from a cut just above his cheek. “Not them. Do it to me instead.”

“You know that’s not how it works.” The fist to the gut put the man on the floor once more. The men stepped over him on their way up.

They found her standing in the master bedroom, pale and but resolute. “They’re not here,” she said. “Out at a friend’s.”

“I see.” The man with the sunglasses strode forward until he was but a foot away from her. Behind the frames, his eyes narrowed. “Hold her.”

The others strode forward, grabbed her arms, pushed her onto the bed.

The man stared at the woman for a second, and then turned back to where she had been standing. Slowly, methodically, he reached his hand and slid open the closet door.

Crouched there under the clothes were a boy and a girl, ten and seven. His hand was over her mouth, but he couldn’t completely silence the squeak she made as the light shone on her wet face.

“You can’t do it,” the woman said. Her eyes were wild, but she knew how futile it was to struggle.

He looked at her and pursed his lips. “It’s not personal.”

The man pulled out the revolver, and carefully put the bullet in the chamber. The click as he returned the cylinder to its resting place seemed to echo. Then the woman began to struggle.

The boy stood there, his eyes wide. His body was rigid, but his lip trembled.

The man spun the cylinder, raised the gun to the boy’s head, and pulled the trigger.

The man looked at her and shook his head. “Two school-aged children. It’s the law.”

“No!” The woman tore her hand free for an instant, scratched against the other man holding her. His shirt was torn before they regained control of her arm.

The girl crouched on the ground, tears flowing down her cheeks. “Mommy, help me!”

The man spun the cylinder one more. He had to bend over slightly to press the gun against the girl’s temple.

The man returned the revolver to his coat. He nodded at the others and they released the woman. She fell to the floor, grabbing desperately for her children.

The man stared at her for a second, and then turned back toward the door.

“See you next year.”

So, in British Columbia, the provincial government has struggled against the school board, cutting funding enough that the schools can’t even afford to stay open on every school day. Their perspective appears to be that the primary goal of government is to minimize expenses, to do the bare minimum to keep things running, and cut everything else.

Unsurprisingly, the school board isn’t a big fan of this strategy. Their (admittedly biased) belief seems to be that having a well-educated society provides long-term benefits that greatly exceed the short-term costs.

One of the more interesting ways that this conflict has played out is in the Vancouver School District. The government wants to close underutilized schools that are wasting space on things like computer rooms, music rooms, and special needs classes. It’ll save some money, but despite this clear logic, the school board is resistant.

So the government’s come up with a really innovative approach to the problem. Vancouver is on a major fault line. Nevertheless, many of the schools are nearly a century old, build before we had a good idea on how to keep a school standing through an earthquake. They need seismic upgrading. Otherwise, if a big one comes, many of them could be rubble.

Obviously, this presents an opportunity. The government has said that it won’t bother doing any more seismic upgrades until the school board accedes to its demands. Because really, governing isn’t about education, building a strong labor force, or even saving a child’s life.

It’s about making the tough choices that will save money.