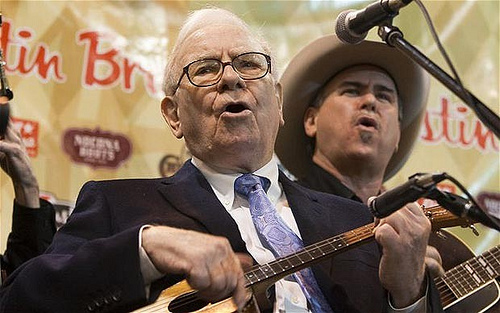 When it comes to stocks, I tend to be a value investor–an investor who looks to buy shares in a company for less than they’re worth. The reasoning is, if you buy something for less than it’s worth, then there’s a good chance that at some point in the future, someone will want to buy it from you for more than it’s worth, and you can make a profit.

I use this method because it’s the only way to invest that seems to be based on logic and reason. Other people bet on momentum (i.e. this stock is going up. Therefore if I buy it today it will keep going up and I will get rich), but I’m uncomfortable doing anything that isn’t reasonably grounded in logic.

That’s fine to say of course. But how do you determine what a stock is worth?

Suppose that I owned a lemonade stand that made $10,000 profit every year. Would you buy it from me for $10,000? Probably, right? Because it would only take you a year to earn back your money.

On the other hand, suppose that I wanted $1,000,000 for it. In that case, you probably wouldn’t want to buy it, because it would take you 100 years to pay it off. You’d be getting a 1% return on your capital. You could do better just buying government bonds without taking on any business risk at all.

(Well, with one exception. Suppose that the lemonade stand is planted in Times Square and owns the land it’s on, land worth $3 million dollars. Then you’d want to buy it for a million. You could just shut down the company, sell the land, and triple your money.)

Return on your capital

But that’s a huge range. To narrow it down, you need to start thinking about what other potential investments are yielding. Suppose that a safe, 30-year government bond is yielding 5%. The lemonade stand should yield more than that, because an operating business is much riskier than buying a government bond.

Perhaps the price of lemons will skyrocket, and you won’t be able to make a profit anymore. Or perhaps a hurricane will flood your business, and you’ll have to spend huge amounts of money to get it running again. Or perhaps your customers might decide they like coconut water more than lemonade. So many things can go wrong. You really need to make significantly more than a government bond.

So perhaps you might say, “it’s only worth it to me to take that risk if I get at least a 20% return on my capital.” Well, then you’ve valued the business. To get a 20% return on your capital, you’ll need to pay $50,000 or less for that business. Now you’ve got a valuation.

Of course, most business aren’t static. Typically, they try to grow. My lemonade stand could establish a brand and try to open three or four more lemonade stands around the city. In that case, the profit today could be much less than the profit in a few years.

So, I’m willing to pay quite a bit more for the lemonade stand if it’s growing rapidly.

The problem with growth

And this is where one of the big challenges with investing rears its ugly head. Growth estimates have a huge impact on the value of the business. This is why you sometimes have stock fall huge amounts simply because they missed their earnings estimates by a penny. If the miss causes people to think that they won’t grow at pace they expected, then the business is worth far less.

But how the heck do you know whether or not, 3 years down the road, the business will actually make $40,000? You can be sure that the guy selling it will claim that it will. But how do you know?

You don’t. You have to just make your best guess.

And this is where Warren Buffett comes in. He says that the game is actually a bit different than we were led to believe. Valuing the business is important, but even more important, over the long term, is the predictability of the business.

A business that you are very confident will grow at 20% a year for two decades is much more valuable than a business that grew at 40% last year, but you have no idea how much it will grow–or even whether it will still be in business–in the next five years.

Often, the market doesn’t see that. It doesn’t fully take into account the sustainability and growth of great businesses. Coke is extremely unlikely to disappear from the planet in the next decade, and, without some colossal mismanagement, is likely to be one of the top soft drinks 50 years from now. If Coke was earning $10,000 a year, I’d pay far more for Coke than our lemonade stand because it’s so predictable.

And that’s how Buffett got rich–by buying businesses with highly sustainable growth for less than they’re worth.

Valuing any business is basically the same as valuing our lemonade stand. The only real differences are that publicly traded companies are much bigger and more complex, and you don’t buy the whole business, but rather just a portion of it (e.g. f the company has 10,000 shares outstanding and you buy a share in it, you’re buying one ten-thousandth of the business.). If you get good at valuation and determining the sustainability of businesses, this is a reasonably good way to get rich.

One thought on “The Core Ideas Behind Value Investing”