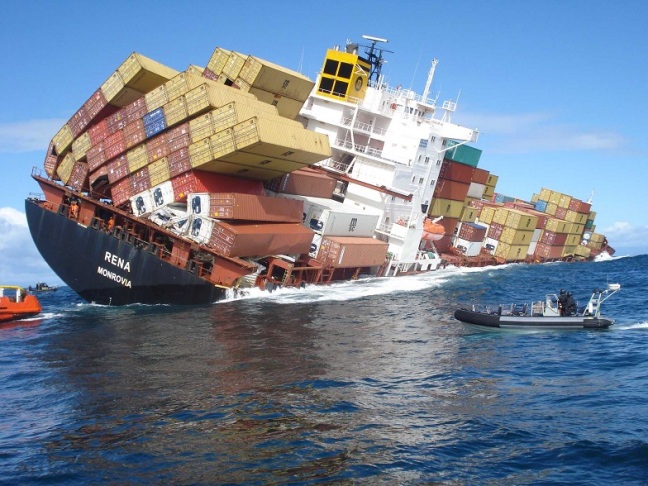 The election of Trump with his “tear up trade agreements” rhetoric has made me think a bit more about trade. In general, I’m pro-trade. Trade is one of the “free lunches” provided by economics, and it largely works just from math.  However, recently I’ve been thinking that the negatives may outweigh the positives when it comes to trade, and this is why people are now fighting against globalization.

Why trade is great!

In theory, trade is an amazing win-win scenario for both participants. Suppose Lilliput is really good at producing food because Lilliput has lots of arable land, and Brobdingnag is really good at producing tools because it has a lot of iron that can easily be mined. To add some math, let’s suppose Lilliput produces food at a rate of ten units per worker and tools at a rate of five units per worker, while Brobdingnag does the opposite.

Both countries require tools and food to survive. Suppose they each have two workers that can spend the year either growing food or making tools. Without trade, Lilliput would have to put one worker on each. So, at the end of the year, it would have ten food and five tools. Brobdingnag would do the same, and end up with five food and ten tools.

But then suppose instead they decide to trade Lilliput’s food to Brobdingnag for their tools (at a one for one ratio). Then Lilliput can have both their workers grow food, while Brobdingnag have both their workers create tools. Lilliput will produce 20 food, ten of which they will give to Brobdingnag in exchange for tools. Brobdingnag will make 20 tools, and give ten of them to Lilliput.  And presto, with the same effort, they each end up with ten food and ten tools, more than either one of them would have had without trade.

Why does this work?

What’s happening here is competitive advantage and specialization. Each country is focusing their efforts on the things they’re good at doing. You don’t grow all your food because it doesn’t make sense economically. It’s much better for you to work at a job where you have a competitive advantage, and then buy your food from someone who can grow it far more efficiently than you can.

What’s more, when production goes to places with the highest competitive advantage, it lowers prices, both because the competitive advantage implies lower prices, and because of economies of scale. Instead of everyone spending weeks hoeing their backyard garden by hand, the farmer produces food for everyone much more efficiently using a tractor. The higher volume as a result of trade leads to economies of scale, which also leads to lower prices.

So if trade is so great, why do some people seem to hate it? I think there are two major problems.

First, unlike the theoretical example above, workers are not commodities. The mine worker in Lilliput is producing inefficiently compared to the mine worker in Brobdingnag, but that doesn’t mean that, when the Lilliputian mine worker loses his job, he can simply be reassigned as a farmer.

This guy is a human, not a generic worker unit. Perhaps this Lilliputian is completely unsuited to being a farmer, getting sunburnt easily and being horribly allergic to pollen. In that case, what happens to this poor fellow? He can’t really do much of anything, so he sits at home, collects welfare and gets called a lazy bum by the farmers who still have their jobs. The trade was good for the farmers—they’re getting the tools they want for far cheaper—but it’s a terrible outcome for this miner.

And this is what’s happening to most labor in the western world. For a century, manufacturing was done in these western countries because there wasn’t global trade—the manufacturing had to be done on the same continent as the consumers. Thus, the workers could have high paying jobs and a much higher standard of living than most of the rest of the world.

But then, when you start shipping goods around the world, suddenly it’s no longer important to do the manufacturing on the same continent as the consumers. Then, you can ditch your high-priced western workers, and replace them with cheaper labor abroad. The prices for your goods can fall, but all those cushy manufacturing jobs go as well. This process will naturally continue, crushing the median income in the western world, until the only premium western laborers can charge is the cost of shipping the good from Asia to North America. That’s very dissatisfying if you’re that western laborer.

This issue hints at the second problem, that the proceeds of trade are not evenly distributed. Suppose we do our food for tools trade, and our GDP rises from 15 to 20. That looks great on paper. But suppose now that the gain in production isn’t actually split evenly between all the people in the country. Instead, suppose there are ten CEOs who run the shipping companies and 10,000 who are doing the labor.

The laborers will get the benefit of lower prices, but, by the argument above, they might find that they’re getting paid a lot less. Perhaps their share of GDP is falling dramatically, because the ten CEOs take all of the gain in GDP, and more. Then, the ten CEOs are pretty happy and much better off as a result of trade, but the laborers actually aren’t. In that case, though the GDP has risen, the vast majority of the population is worse off as a result of trade.

I think these sorts of issues could be the cause of much of the political dissatisfaction in the western world, from Brexit, to the rise of Trump, to the 1% protests. One solution might be changing the way that wealth is distributed to ensure that those who suffer as a result of trade aren’t simply left to starve to death. A minimum guaranteed income may be one strategy for solving some of these problems.

One thought on “The Problem with Trade”